This past Saturday we had a birthday party for him at Vortex Martial Arts Academy. 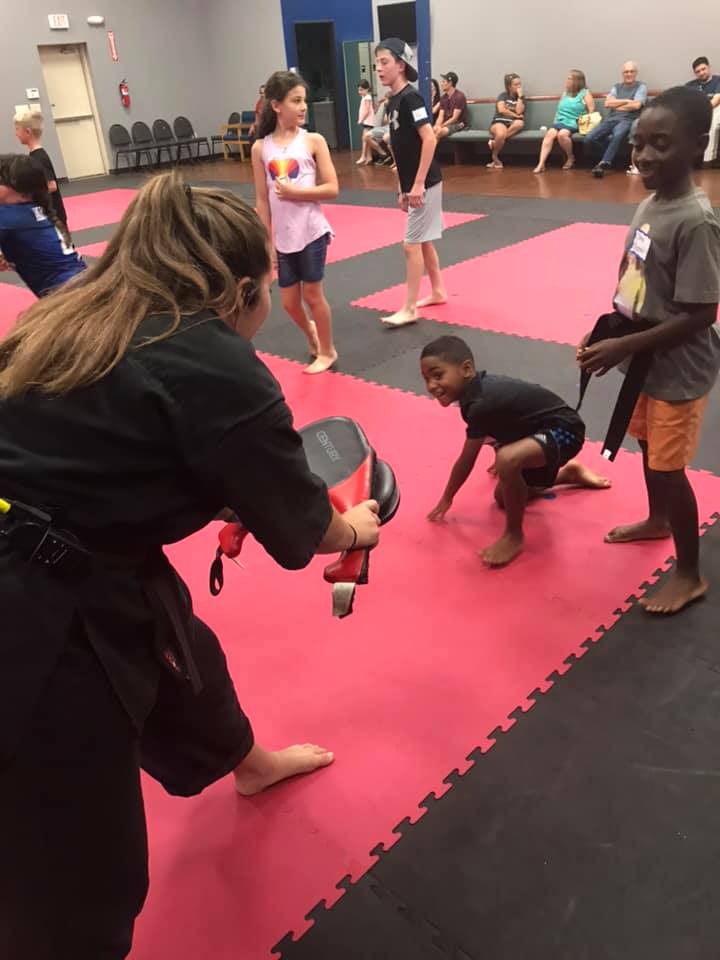 It was a lot of fun!

Everything was going great until the instructors called the parents up to play dodgeball against the kids.

A couple of things to keep in mind in reading this story:

2.) Two of the kids in particular, Noah and Carter, throw like 30yr old men and were trying to aim at each parents head.

The game started out well.

Everyone was having fun and trying to get each other out.

My first opportunity to peg someone was my friends son, Elijah.

I “slightly” misjudged the height of my throw and pegged him directly in the nose.

Thankfully he was okay and I decided to aim a little lower in my throws with a little more gentleness:).

Then my friend’s son Noah entered the picture.

He’s got a cannon for an arm and kept trying to hit every dad in the face.

He also had a really smart strategy of launching the ball at someone then hiding behind other kids.

As the game went on, I was waiting for my opportunity to get Noah.

Finally, I saw an opening where he was trying to hide but was left unprotected.

I reared back and threw the ball with a lot of force and velocity. Our team was not going to be beaten by children!

As it was in the air about to hit him, my 6 yr old Jeremiah pops up right in front of Noah.

The ball hits him directly on the forehead and knocks him down.

As this is unfolding a couple of thoughts hit my brain all at once:

2.) I couldn’t believe how perfect a throw that was

I went over and picked him up as he was crying and held him.

Told him how sorry I was and that it was an accident.

After a minute or two he got down and went back in and finished the dodgeball game.

I on the other hand took myself out of the game not wanting to take out another small child:(.

Many times we have oops moments in our fitness journey’s.

When this happens you have thoughts of, “I messed up and failed, I’m going to quit.”

Every single person in their fitness journey has an oops moment and gets knocked down at some point.

As long as you don’t quit you are going to succeed.

When you quit, you have a 100% chance for failure.

What oops moment in your fitness journey do you struggle with the most?

Brad Updegraff
Marc really gets it! I really like his innovative approach to strength and mobility training. He is awesome for accountability and motivation and will keep you informed and engaged!

Elise Haschke
Ultimate Performance really helped me achieve my health goals - strength, flexibility and improved mental clarity. Marc is able to meet you where you're at and create workout plans specific to your needs. And I love receiving his daily emails with tips and reminders to live your happiest, healthiest life! I highly recommend Marc and Ultimate Performance as a partner on your path to wellness and wellbeing.

Tim Oshaughnessy
I have been working with Marc for almost two years. He has been extremely effective in reducing neurogenic pain in my hips and knees. In addition, he has worked on my balance and overall strength which was in serious need of attention. Marc is very responsive to designing exercise strategies to meet **your** specific goals and needs. I highly recommend Marc if you are looking for an exercise physiologist or trainer.

Walt Manly
Excellent service and care, even if I am his Dad!

Kristal Timmerman
After many tried and failed programs either online or in a public gym or CG, I finally have a program I have stuck w consistantly for over a year. At the year mark, I even decided that I loved going to UPT so much, I upped my sessions from 2x to 3x a week. Now, I am sad if I miss a session. My pain is gone. I was a chronic pain patient for over 10 years with various issues causing said pain. Marc's knowledge of how muscles work and how to guide them back to their proper place is pretty cool. When he asks how your body is feeling, he expects you to tell him if something is off so he can help and prevent further injury. Plus... he tells corny dad jokes.
Google rating score: 5 of 5,
based on 41 reviews.

How I lost 4 dress sizes

My grandkids can’t keep up with me

My increased stamina improved my business